Chevron Thailand Exploration and Production Co., Ltd. has unveiled its drilling rig Kratong to support its petroleum exploration and production in the Gulf of Thailand, set to begin operations from this June onwards under a five-year service contract. The launch highlights the company’s commitment to the development of drilling innovation and technology with enhanced safety standards and greater environmental friendliness, supporting the country’s energy security policy.

Mr. Artit Krichphiphat, General Manager of Business Support at Chevron Thailand Exploration and Production Co., Ltd., reveals, “Chevron gives precedence to the development of petroleum drilling technology and innovation that will help elevate the efficiency, speed, and safety of our operation while also lowering the costs. For the drilling rig Kratong, the company has hired Shelf Drilling, one of the leading drilling service providers, as the operator and has assigned a team to work closely with the contractor right from the beginning of the process so that the design corresponds with our needs and the geology of the Gulf of Thailand, which is interspersed with small pockets of petroleum reservoirs. In the newly drilled wells, these pockets are increasingly small, resulting in less recoverable petroleum per well each year. In addition, the drilling has also become more challenging. As a result, approximately 300-400 new wells have to be drilled each year to maintain the production volume required by the contract.” 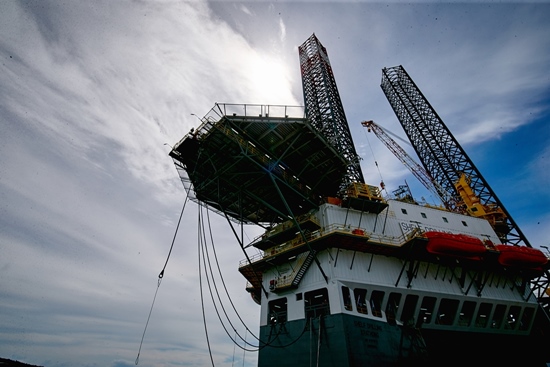 With legs measuring 477 feet, the rig lends itself to drilling at a depth of less than 350 feet and can accommodate a maximum of 160 persons working on the platform. Capable of drilling a well in the Gulf of Thailand in 4-5 days, a relatively short period compared to the 60 days required in the past, this rig will be able to cut a tremendous portion of drilling costs.

“The success in decreasing the drilling time and costs is due to Chevron’s constant pursuit of knowledge and accumulation of experience from its operations in various countries around the world, which is then applied to technological development in order to minimize issues and risks related to exploration and drilling as well as reduce operation time while achieving greater efficiency,” reveals Artit.

Drilling for petroleum exploration and production in the Gulf of Thailand presents a challenging work environment that requires expertise because the temperature at the bottom of each well, which is 3-4 km under the seafloor, can be considerably high compared to in other wells with the same depth around the world. Therefore, the drilling requires high safety standards to prevent incidents that may cause devastating impact. 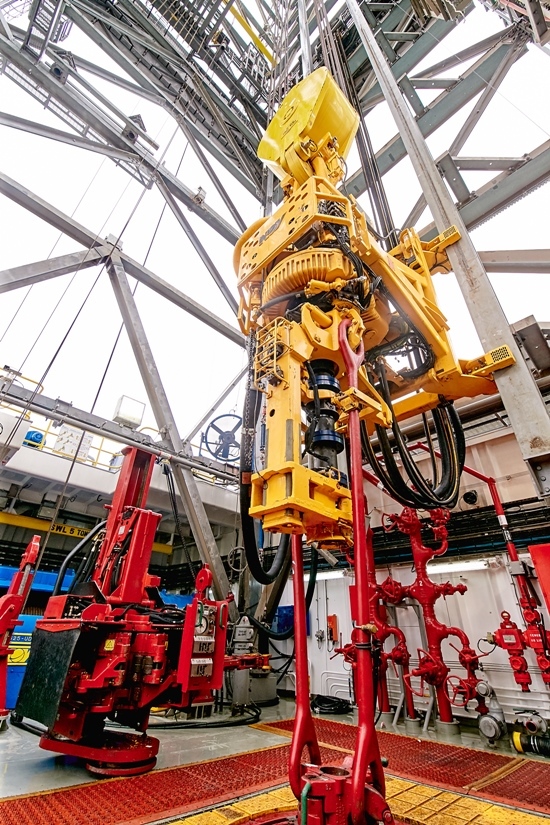 Artit also adds, “In its drilling operations, Chevron has adopted an advanced safety standard system called WellSafe, the same system used in US nuclear submarine squadrons, which have never had major accidents for 55 years. This system helps ensure that Chevron’s drilling operations for petroleum exploration and production will be safe and environmentally-friendly in accordance with international standards. Under WellSafe, all personnel are required to take training and adhere strictly to the safety manual. In addition, relevant equipment must meet international standards, maintain its functionality, and undergo maintenance as required. The drilling also has to be designed and planned so as to ensure correct operations and use of equipment. Each drilling operation is also monitored through an intermediary to verify that the plan is adhered to in practice.”

In addition, Chevron’s organization culture is unique in that every employee gives emphasis to safety and is ready to express opinions on what might be deemed a flaw in terms of safety and safety measures.

[blockquote style=”1″]“It is our conviction that prevention of minor incidents, however trivial they may seem, will help avert more severe ones as most accidents arise from a combination of smaller errors occurring at the same time. Therefore, WellSafe system and a strong organizational culture of safety can help prevent accidents. Should there be any abnormalities, the company will be equipped to rectify them promptly,” concludes Artit.[/blockquote] 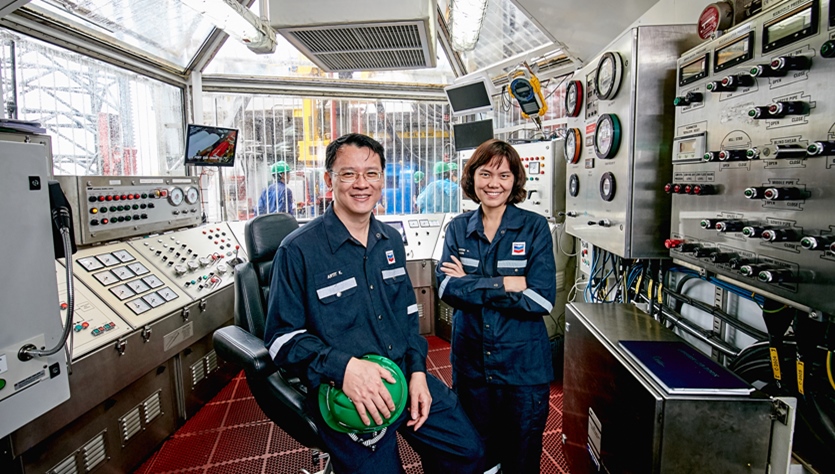 The drilling of exploration wells and development wells is the step after seismic surveys. Once the underwater areas with petroleum have been determined, drilling officers will then drill exploration wells randomly to find petroleum reservoirs in areas that have never been drilled. Afterwards, to assess the economic value and determine the extent of the reservoir, delineation wells are drilled. Once the reservoir is deemed to contain sufficient petroleum to be commercially viable, development wells are then drilled in order to recover the petroleum accumulated underground for use.

Drilling wells for petroleum exploration and production is a challenging yet essential task. Drilling a well 3-4 km. deep under the seafloor in the past could take over 60 days and more than five million dollars, a huge and risky investment considering the possibility that the amount of oil or gas discovered might not be commercially viable, resulting in a loss. However, at present, with further development in technology, the duration needed to drill a well has shrunk to only 4-5 days, and an investment required has dropped to only two million dollars. Chevron has successfully decreased the drilling time and costs thanks to its continuous quest to apply the knowledge and experience it has amassed from its operations in different countries across the globe to the development of technology in order to minimize issues and risks in exploration and drilling, reduce operation durations , but achieve greater efficiency.

Thailand Grants Gulf Energy Licenses to Import Up to 1.7 mln Tonnes of LNG A Year

How Digital Transformation is Shaping the Oil and Gas Industry